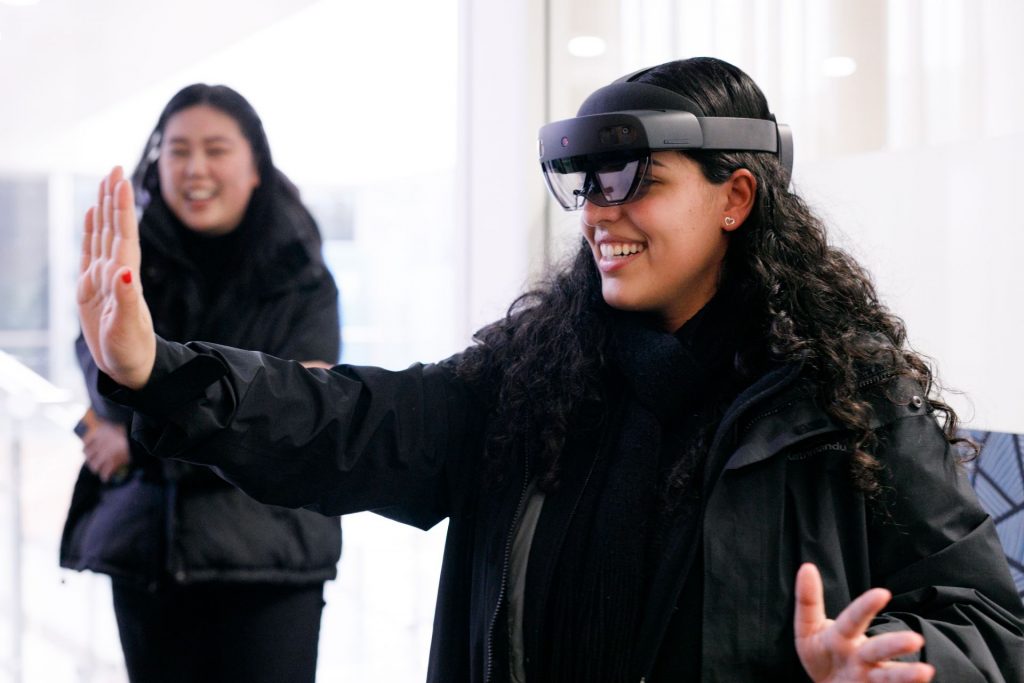 The Perth Institute of Contemporary Arts (PICA) is pleased to offer the opportunity for creative practitioners working within visual arts, performance and/or interdisciplinary practices to attend a series of workshops to develop skills and produce an original work in an XR medium over August and September 2022.

The program is open to applications from creative practitioners of all backgrounds with an artwork concept they’d like to produce using an XR medium.

Participants are invited to apply for the entire program with their proposed idea. 15 applicants will be selected to attend the Bootcamp, with 6 of those applicants also selected to produce their work for the Hackathon. In applying for this opportunity please be aware that you may be selected for only the first stage or both stages.

The final work will be presented at PICA as part of XR:WA, 15–18 September, Perth Cultural Centre.

The PICA XR Bootcamp is a one-day intensive bootcamp for creative practitioners who are keen to explore their creativity in the new digital mediums of Virtual Reality & Augmented Reality, otherwise known as XR (eXtended Reality). The XR Bootcamp will provide artists with a thorough understanding of XR mediums, how work is created, and where and how they can present that work for global audiences. The day will also involve talks by leading artists working in these mediums, as well as demonstrations with VR and AR tools and equipment.

The next stage of the workshop is a Hackathon held over two weekends at PICA. Selected participants will gain hands-on experience and assistance to bring their concept to life, working in small teams with a technical artist/animator and 3D developer. The Hackathon will provide artists with practical experience in the XR development process including technical setup, software/hardware requirements, rapid prototyping and workflow to create a functional prototype.

The projects developed over the course of the Hackathon will be presented at PICA as part of XR:WA Festival (15–18 September). Hackathon participants will be paid a daily stipend of $350 (a total of $1,750, including 1 day of support and assistance outside Hackathon dates) and provided with expert production and technical support.

Natalie is a Designer, Producer and Artist working in Augmented Reality (AR). She is Founder of Voyant Augmented Reality, a Fremantle-based studio creating bespoke AR experiences for social impact projects and creative industries. She believes that immersive technologies represents the next major shift in human computer interaction and is particularly interested in how AR can be used to enhance user experience and develop new modes of political and artistic expression. With a diverse background including digital content, gamification, and international aid, Natalie is a regular speaker and panelist on technology, games and augmented reality. She is Chair of Immerse Australia and a committee member of DesignFreo. She holds a Bachelor of Science and a Masters in International Relations.

Applications for the 2022 XR Hackathon Program closed on Sunday 31 July.

If you have any questions about the Hackathon or your application, email our Public Programs Manager Miranda Johnson at miranda.johnson@pica.org.au.