A major group exhibition, Radical Ecologies is a sensory invitation to question our complex relationships with our own bodies, each other and the natural world. Featuring new work by Western Australian artists practicing at the sharpest edge of contemporary practice, Radical Ecologies acknowledges our continued environmental dystopia and in response offers a range of therapeutic experiences.

We are invited to decipher 850 romance novels rewritten by termites, to lay down with bees, locate a complex olfactory landscape and listen to a musical soundscape woven from the sounds of Perth’s Swan River. Ecosexual confessions are whispered through the walls of Pony Express’s self-contained replica sauna and a robotic third arm is controlled remotely from the other side of the globe as world-renowned artist Stelarc becomes a human avatar, live in the gallery.

These works, which stand alongside exquisitely decorated ceramics, cast silver vessels containing live plants, hand made string instruments, woodblock prints and painstakingly crafted drawings together privilege slow and considered approaches to the making and experiencing of art. This is a group of artists whose work reflects their personal relationship with the greater world around them and a shift towards small-scale, ethical production and the value of the handmade.

Local artist Matt Aitken and respected Noongar elder Noel Nannup’s collaborative work arises from a collection of audio and video recordings captured during meetings between the pair held at sites around the Perth city significant for their relationship to Indigenous history. Their work frames a series of meandering conversations that celebrate storytelling, learning and local indigenous culture.

Nathan Beard’s Oriental Antiques is a body of work created during a recent residency in the ceramics producing city of Jingdezhen, China. Exploring cultural theft and colonisation, authenticity and the Western gaze, Nathan has produced a collection of ornately decorated ceramic heads of the Thai Buddha, reproduced from photographs of cultural artefacts taken in the British Museum.

Mike Bianco is an artist, researcher and activist whose recent work is centred on interspecies relationships, with a particular focus on the connection between humans and honeybees. During Radical Ecologies visitors will be invited to lie down on a bed structure which contains a live bee hive. These bees are separate but in close proximity to the viewer, allowing for them to be safely immersed in the sounds and smell of the hive, providing a moment of empathy and intimacy between humans and bees, perhaps one of our most important species.

Prominent multi-disciplinary artist and filmmaker Tim Burns will present, a selection of his iconic photographic prints featuring exploding landscapes and televisions. Paired with these prints will be two film works which investigate fracking, current affairs, climate change and the surveillance state, providing a reflection on our current global political climate.

Andrew Christie’s Make sure they play my theme song is a shrine-like family of string instruments designed to be played when people pass. These ritualistic objects are musical talismans for grief, instruments of mourning, memory, improvisation and meditation. The work extends the artist’s practice as ‘A Good Looking Man’, bespoke furniture making, which also involves workshops that aim to achieve strong social outcomes for the community.

The ‘Cene is an artist group led by artist and writer Steven Finch, which attempts to build a religion from the ground up by cooperative and performative means. The result is an exploration of ritual, belonging and group dynamics and the ways in which new systems of belief can be constructed and affirmed. For Radical Ecologies, The ‘Cene is presenting a photomontage entitled ‘The Dyeing Ones’, which documents a ritual where the group symbolically dyes a bolt of cloth in a suburban backyard.

The Dyeing Ones (Detail), 2016
Digital print in custom made light box

Cat Jones uses sensory illusion to explore human and species empathy. During the first week of the exhibition, visitors can participate in a transforming one on one experience. As the installation evolves their recorded traces accumulate continue to generate shamanic, empathic bonds across time, geography, consciousness. Somatic Drifts asks what realm does the human exist within? How far can we drift? What can this drift enable us to change?

A complex olfactory landscape of ecological elements and species has been created for the installation will be available for purchase in a limited edition of 30.

Bookings for the live experience are limited and registrations are essential. 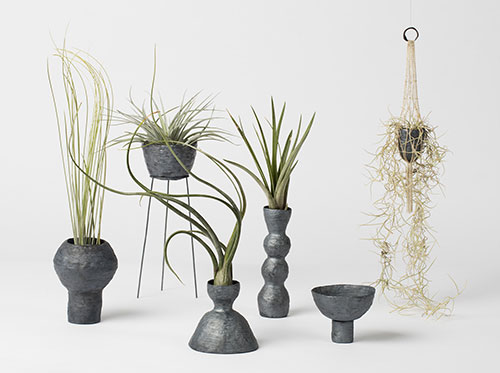 Rose Megirian is the designer behind the label ‘Many Peaks Assembly’, whose environmentally conscious ethos is to build an emotional bond between clothes, objects and their owners as a means to avoid waste. For Radical Ecologies, Rose has created a series of exquisitely crafted cast silver vessels which serve as valuable containers for specially selected plants. Rose’s work will be a feature of the PICA Salon Vernissage, with her hand-made clothing worn by PICA staff guiding the guests through a myriad of sensorial experiences.

Voyeurs will delight in Peter & Molly’s gallery debut, exploring eccentric forms of animal discrimination. Their series, The Superior Animal, is an immersive multi-channel video and sound installation, featuring intimate affairs between octopi, leeches, oysters and the artists themselves. Peter & Molly offer dramatic and unconventional interpretations of cruelty and compassion to challenge the notion of a hierarchical society.

Rebecca Orchard’s objects and drawings explore patterns within rocks formed by hundreds of years facing the elements. Her terracotta clay pressings into rocks, discovered during walks in the field, record the rocks’ surfaces while her drawings, which meticulously trace their edges, transform the rocks’ shapes into an elegant topography to form her work Fragments of a Shifting Landscape.

Production image from Fragments of a Shifting Landscape, 2016

Perdita Phillips’ work Tender Leavings invites visitors to decipher fragments of 850 romance novels buried for one year in a desert sand dune. Over the year termites ate away at the books, leaving fragments of text to be reassembled, poetically reframing the simple linear narratives of romance novels. From a distance the work resembles a black and white field painting, but up close the narratives become legible, paralleling the macro and microscopic ways humans see and investigate the natural world.

Mei Saraswati, local artist and musician, has created a spatial sound work that abstracts audio samplings of water from a rain puddle, the Swan River and a leaking tap – exploring the tonal and percussive properties of water. The work encourages the visitor to move around the space, following the way the sound flows from corner to corner in the gallery. A limited edition (10), highly collectable vinyl recording of the work will be available for purchase during the exhibition. 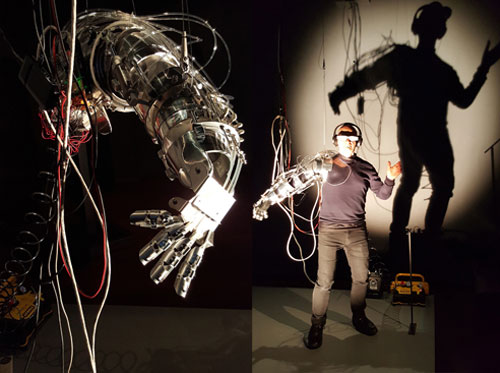 Radical Ecologies will feature an exciting and ambitious new project from Stelarc, a performance artist famous for technological interventions to his own body. Re-Wired / Re-Mixed: Event for Dismembered Body is a five-day internet enabled performance, that explores the physiological and aesthetic experience of a fragmented, distributed, de-synchronized, distracted and involuntary body – wired and under surveillance. The artist wears a HUD (head up display) that enables him to see with the “eyes” of someone in London, whilst hearing with the “ears” of someone in New York. The body is also augmented by an 8 degrees-of-freedom exoskeleton so that anyone anywhere can generate involuntary movement of his right arm, using an online interface. The artist becomes optically and acoustically de-synchronized and performs partly involuntarily.

Interact Online
Send commands to Stelarc’s Robotic Arm using an online interface and view the robot moving to your commands in the PICA gallery at PICA via a live video stream: rewiredremixed.stelarc.org 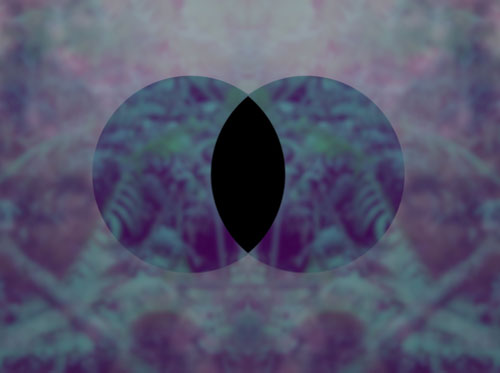 After a highly successful exhibition in Melbourne earlier this year as a part of the Next Wave Festival, Indigenous artist Katie West will be showing her work Decolonist. Employing her own personal meditation strategies as a remedial tool to decolonise the self, her installation invites the viewer to meditate and reflect on the land we occupy as Australians and the nation that inhabits our minds.

Image: Peter & Molly, The Superior Animal I (image still I), 2016. Photo courtesy of and copyright the artists.

Cat Jones: Somatic Drifts has been funded by the Australian federal government through the Australia Council for the Arts, its art funding and advisory body; Australian Network of Art and Technology; Vitalstatistix; and supported by Creative Practice Lab, School of the Arts and Media, UNSW; Waverley Studio AIR; and Bundanon Trust NSW. Research has been supported through a Synapse residency with School of Medicine and Pharmacology, University of Western Australia and Sansom Institute, Body and Mind, University of South Australia.