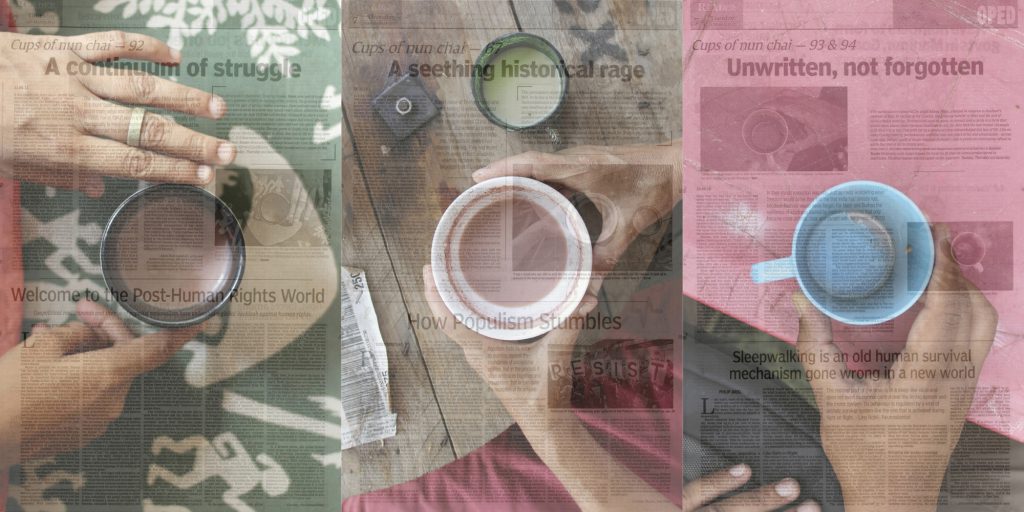 While in residence at PICA at North Metropolitan TAFE Hunt will acess historical archives in search of documents and photographs connected to her home in the north of WA, seeking to understand historical and contemporary attitudes and perceptions held towards the settlement, development and industrialisation of the land and resources of North Western Australia.
Drawing on records from the past to understand the present, Hunt is interested in working with photographic collages, restaged and documentary style photographs, and public interventions and social processes, to produce a body of work that addresses non-Indigenous Australia’s idea of the north and its colonisation.

ABOUT THIS ARTIST
Alana Hunt is an artist living on Mirriwoong country in the north-west of Australia who has a long-standing engagement with the north-west of Australia and South Asia. Her award-winning activities as an artist and writer are defined by her commitment to sensitively challenge ideas and histories in the public sphere and the social space between people.
Since 2009, she has orchestrated participatory art and collaborative publishing projects with, in, and about Kashmir. ‘Paper txt msgs from Kashmir’ (2009–2011) prompted media in India and Pakistan to speak about a state-wide mobile phone ban they had been silent on. In 2016, the eight-year participatory memorial ‘Cups of nun chai’ circulated as an 11-month newspaper serial in Kashmir, reaching thousands of people on a weekly basis when civil society was pushed to its limits by state oppression.
Alana’s work in Australia engages with the fragility and failures of colonial dreams, particularly in relation to development, nation-making and the north of Australia’s relationship with Asia. Her recent work ‘Faith in a pile of stones’ was shown in Temporary Certainty at 4A (Sydney). Alana lives on Miriwoong country in the north-west of Australia, and studied in Sydney, Halifax and New Delhi. Her work has been acquired by Artbank and the Macquarie Group Collection.


This project is supported by the Copyright Agency’s Cultural Fund.