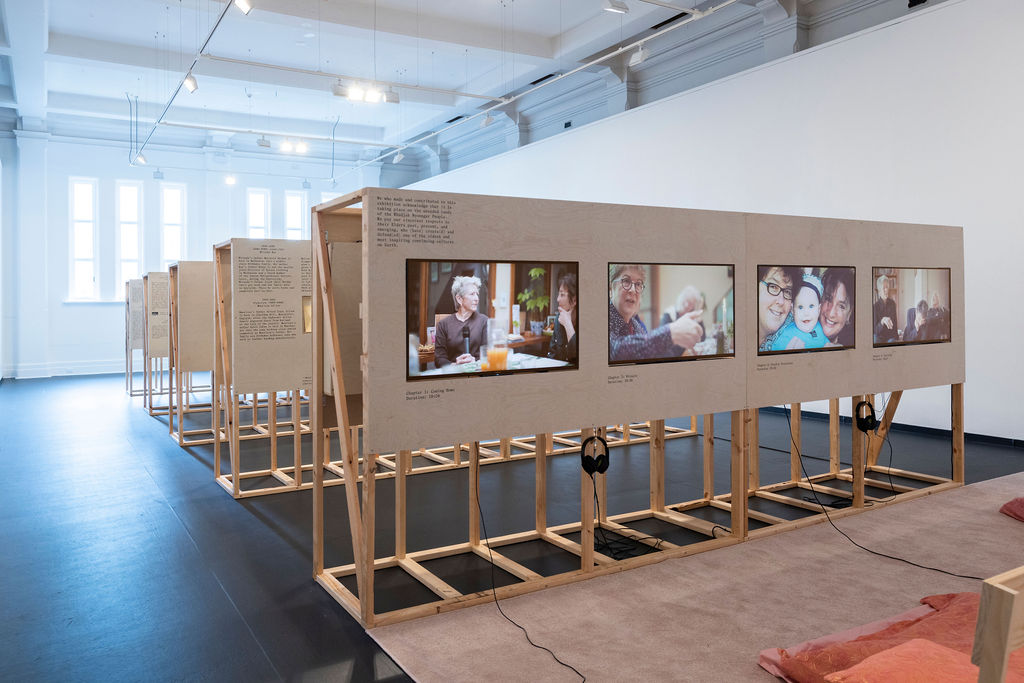 Explore the legacy of kinship in a small community in Adelaide

Coming Home is a solo exhibition presenting a new body of work by Alex Martinis Roe, along with her film Bliss Techniques (2018). Through film, animation, diagrams, and archival material, Coming Home explores the legacy of the kinship practices that began in the Australian Women’s Liberation and Gay & Lesbian Liberation movements in a small community in Adelaide, Australia called JAFL – the Jewish Adelaide Lesbian Feminists.

This group have adapted traditional Jewish rituals to align with their Marxist, feminist and lesbian politics, embodying their shared values in a way of life that combines activism with their deep sense of belonging to the Jewish people. The JAFLs tell how their shared practices were like ‘coming home’, making it possible for them to bring their feminist and LGBTQIA+ inclusive politics into the fabric of their personal lives in a way that they could all relate to. Together they have found ways to be Jewish that foster their other identities, making it possible for feminism and their queer kinship experiments to become a transgenerational part of their home and community lives.

Coming Home illustrates how, through the affirmation of their diverse Jewish genealogies as well as a range of feminist Jewish literature, the JAFLs have created a sense of continuity between the cultures they inherited and the one they have created for themselves and those who have come after them: their children and grandchildren as well as other queer and feminist kin.