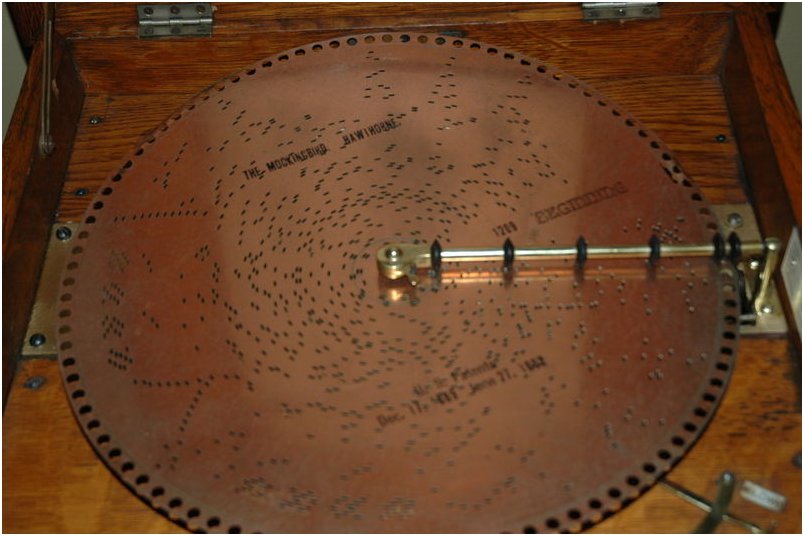 The Resonator is a creative development residency project in which highly regarded WA musician and artist Rachael Dease will research the visual and sonic collaborations possible between polyphons (music boxes) and planispheres (celestial maps/star charts). Polyphon discs share a remarkable resemblance to star charts, and Dease aims to produce a version of the music of the spheres on these discs through projections, new technology and eventually, live music.