First Amongst Equals (Part II) presents a a stellar line-up of Australian and international artists who share an interest in film, kinetics, colour, sound and time. With practices spanning from 1936 to 2012 this exhibition is a focused selection of artworks that are boldly distinct yet intrinsically related.

Exhibiting for the first time in Australia, acclaimed/up and coming UK artist Elizabeth McAlpine offers an exploration into light and time in relation to film, through works that feature a double Super 8 projection, a plaster cast gramophone, pinhole camera photographs and sculptures, found postcards, and a flickering installation of 180 printed shadows. McAlpine will also present an outdoor pavilion-for-one created in collaboration with local architect Ariane Palassis.

These key works by McAlpine offer a series of fulcra around which film, print, paint and kinetic works by Lye, Pfeiffer, and Marclay and Baumann pivot. Through an ingenious curatorial premise this exhibition creates new, and at times kaleidoscopic, duets of colour, light, movement and sound.

First Amongst Equals (Part II) is the second installment in a pair of connected shows, the first of which premiered at Gertrude Contemporary in Melbourne in July as part of their annual Octopus program. 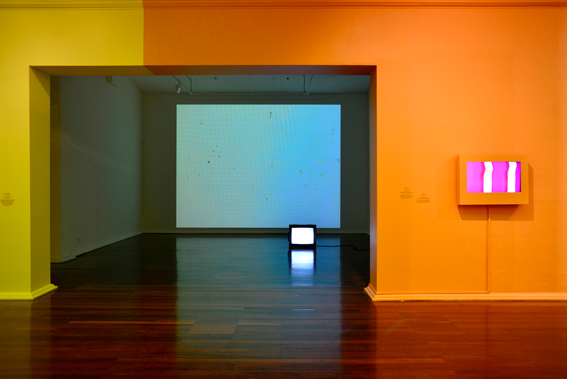 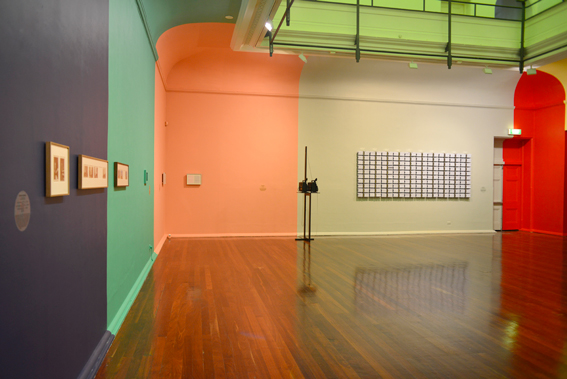 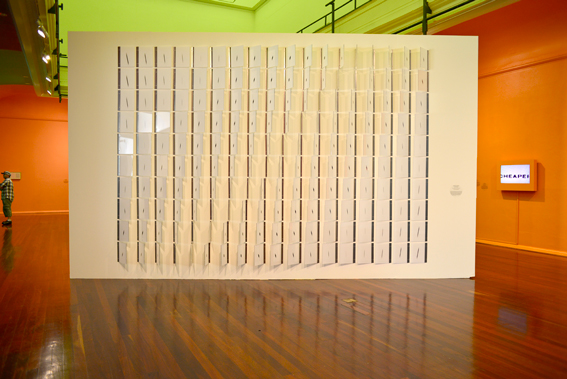 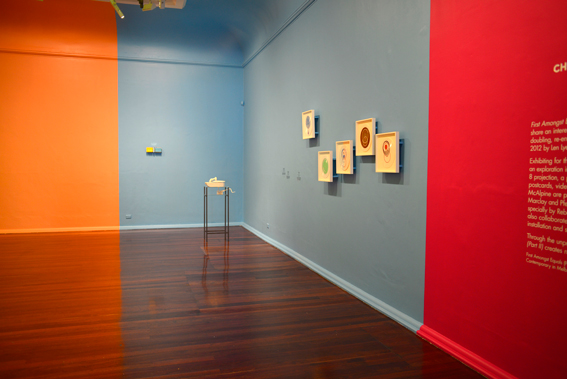 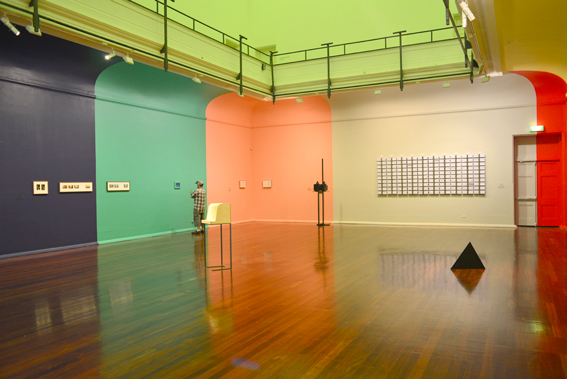 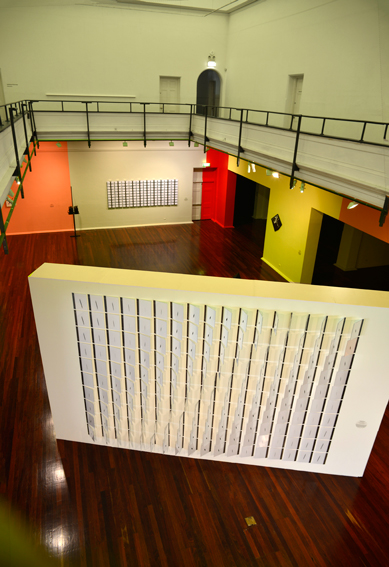 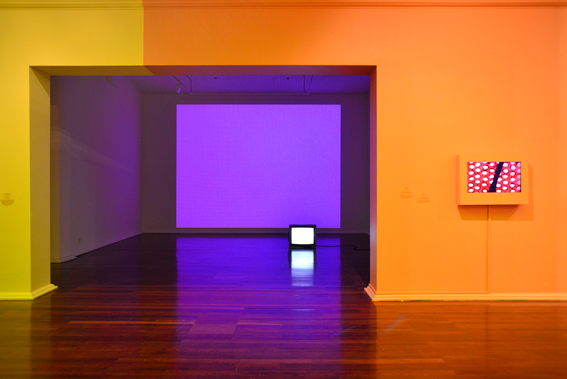 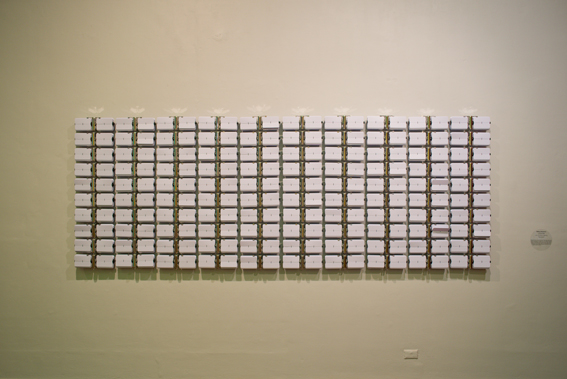 Rebecca Baumann
Rebecca Baumann (b. 1983) is a Perth-based performance and installation artist whose practice explores deeply human concerns through formal and conceptual processes. Her work is often ephemeral or dynamic, harnessing the visual and kinetic qualities of materials to invoke and reflect upon ideas of happiness and celebration, violence and awe.

Len Lye
Len Lye (1901 – 1980) is remembered as one of New Zealand’s most celebrated artists. Best known as a pioneering filmmaker and kinetic sculptor, Lye’s career stemmed from the premise that motion could be a medium in itself; that one might “compose motion” as musicians compose sound. This proposition led Lye’s career on a trajectory that would intersect with European Surrealism and North American abstraction, yet retain a unique, non-conformist integrity throughout. Beyond his innovations in the field of moving art, Lye was also an accomplished writer, drawer, painter and art theorist.

Len Lye’s films are archived in the New Zealand Film Archive; the British Film Institute; the Museum of Modern Art in New York City; and the Pacific Film Archive at University of California, Berkeley. Lye’s kinetic sculptures and “tangibles” may be found in the collections of the Whitney Museum of American Art; the Art Institute of Chicago; the Albright-Knox Art Gallery and the Berkeley Art Museum. A large portion of Lye’s work is currently housed at the Govett-Brewster Art Gallery in New Plymouth, while the 48-metre kinetic sculpture ‘Wind Wand’ appears at the town’s waterfront. A retrospective exhibition of Lye’s work was held at Ikon, Birmingham, UK in 2010. The work of Len Lye appears courtesy of the Len Lye Foundation, New Zealand.

Christian Marclay
Christian Marclay (b. 1955) is a Swiss-American artist and composer, described by Newsweek in 2011 as “one of the ten most important artists today.” His adventurous practice, informed by such diverse influences as the Fluxus movement, Joseph Beuys and punk rock, is driven by experimentation and innovation in the fields of photography, film, sound art and music. While exploring potential intersections between audio, visual and conceptual art forms, Marclay’s work channels and interrogates pop culture, often with humorous, profound and surprising results.

Elizabeth McAlpine
Elizabeth McAlpine (b. 1973) is a London-based artist whose practice spans video art, film, installation and photography. Her work often deploys anachronistic technologies such as Super 8 and pinhole cameras, makeshift sundials and gramophones, as well as found artifacts from bygone eras. Exploring formal relationships and compelling processes, Elizabeth McAlpine’s art practice deals with the passage of time, spatial interactions and the revelations and paradoxes that accompany one’s efforts to represent the world.

Floor Talk – First Amongst Equals (Part II)
Join artist Elizabeth McAlpine and Rebecca Baumann with PICA Curator Leigh Robb in an animated and open discussion about the two-part project, First Amongst Equals. In the gallery they will talk about the development of the ideas and artworks across cities and countries and the curatorial premise of the exhibitions.