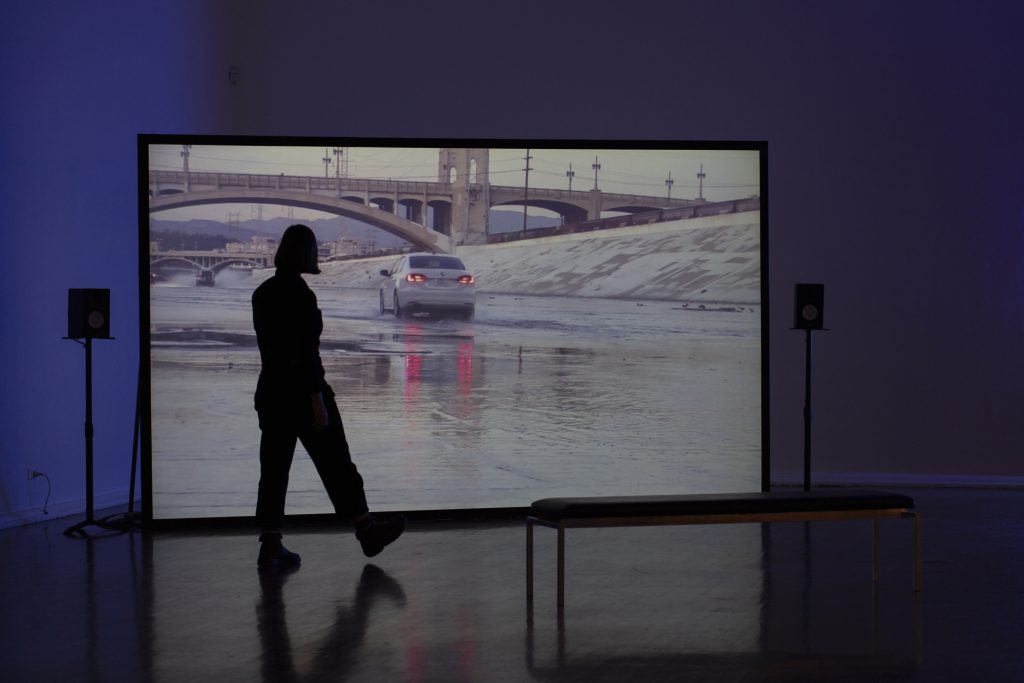 A forum about how stories define place.

A discussion between a writer, a film-producer and a musician that teases out the role of storytelling, myth and narrative in shaping the identity of places we live and love. Sparked by the comparisons between Perth and Los Angeles in PICA’s current exhibition Love in Bright Landscapes, this forum delves into the unique qualities of each city whilst discovering new and unexpected affiliations.
Love in Bright Landscapes, curated by Annika Kristensen and featuring artists from Perth and L.A, explores how contemporary art can contribute to ongoing stories of place. This forum broadens the conversation to consider how other forms of storytelling, including poetry, film and music, might also help us make sense of the world around us.
Facilitator: Gemma Weston
Speakers: Cass Lynch, Adam Trainer, Judi Levine

Gemma Weston
Gemma Weston is a curator and writer whose work is informed by a background in artistic practice. She is currently Visual Arts Program Associate for Perth Festival, and a member of the editorial committee for un magazine. From 2013 – 2019 she was the Curator of the Cruthers Collection of Women’s Art at the University of Western Australia and has also co-founded Perth based artist run initiatives OK Gallery (2011 – 13, with Jamie Macchiusi and Andrew Varano) and Pet Projects (2015 – 17, with Dan Bourke and Andrew Varano). As a writer and curator she is interested in highlighting the social, political, economic and emotional contexts that inform and produce artist practice.
Cass Lynch
Cass Lynch is a writer and researcher. She has recently completed a creative writing PhD that explores deep memory features of the Noongar oral storytelling tradition; in particular stories that reference the last ice age and the rise in sea level that followed it.
Lynch is a descendant of the Noongar people and belongs to the beaches on the south coast of Western Australia.
Judi Levine
Judi Levine has had an extensive producing career in feature films, television mini-series and documentaries, and has been associated with award-winning film projects since her first short feature Please Guilty, Get a Bond won an AFI award for Best Screenplay in a Short Film. While her career began in Australia, she has spent much of the past two decades working abroad, including living and producing in Los Angeles throughout the past two decades.
Levine produced the feature film The Sessions starring Oscar-winner Helen Hunt, and Oscar-nominees John Hawkes and William H. Macy. The Sessions won numerous international awards including Audience Awards at the Sundance, San Sebastian and Mill Valley Film Festivals, a Sundance Special Jury Prize for Ensemble Cast, and acting nominations and awards at the Independent Spirit, Golden Globe and Academy Awards.
In 2017, Levine was a co-producer on the WWII drama The Catcher Was a Spy starring Paul Rudd, Paul Giamatti and Guy Pearce, which premiered at the 2018 Sundance Film Festival and opened across the US that same year.
Levine recently completed the romantic comedy Falling for Figaro starring Joanna Lumley and Danielle Macdonald which will open worldwide in October 2021. She is currently in post-production on the West Australian feature film How to Please a Woman, due for release in 2022.
While Levine has a number of projects in development through her company Such Much Films, she also tours with the seminars Jumpstart Hollywood, aimed at helping aspiring artists find an easier path to establishing themselves in Hollywood.
Adam Trainer
Adam Trainer is a musician and academic from Perth. He has made music both as a solo artist and in various indie rock and experimental music projects over the past two decades, releasing music on labels such as Hidden Shoal, hellosQuare, Tone List and Feral Media. He obtained his PhD from Murdoch University and has taught cultural, popular music and film studies at Murdoch, Curtin and Edith Cowan Universities. He has been published in journals such as Popular Music, the Journal of Popular Music Studies, Popular Music and Society and Continuum, and has been published in edited collections from Oxford University Press, Routledge and Bloomsbury.  He was the music director of community broadcaster RTRFM between 2010 and 2014 and won the WAM Award for Media Individual of the Year in 2013. Adam is an adjunct lecturer at Edith Cowan University and the Community Engagement Officer for WA Music at the State Library of Western Australia.