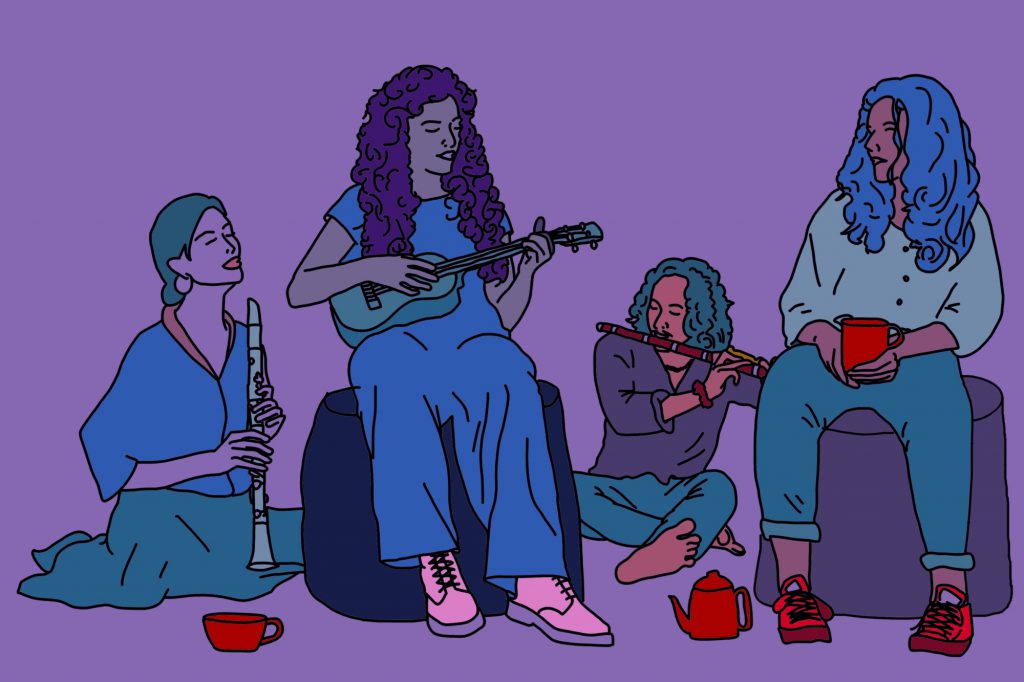 Presented by Propel Youth Arts WA and PICA as part of the Youth Week WA KickstART Festival.
What if live music gigs happened in cosy tea parlours rather than bars?
Come and relax with friends, family, music and tea. For one afternoon we’re transforming PICA into a cosy teahouse, showcasing our favourite musicians from around Perth and our favourite teas from around the Earth. Bring a mug, bring a mate, and share some tea and symphony with us.

Sudochick
Sudochick is a 22 year old artist just utilising talent to spread and share optimistic and prominent messages whilst simultaneously entertaining people in hope of eradicating any negativity built within any of us.

Mr Widdy
David (Mr. Widdy) is a Yawuru, Nyul Nyul & Yamatji man from Port Hedland and is currently doing his degree in Indigenous studies and Italian at UWA in his third year. He has also completed his Music major in violin and mandolin studies. David enjoys performing some classic hits and bringing some positive and cosy vibes to his audience with only vocal and acoustic guitar.

VERONÏKA
Veronika is a Perth-born, self-taught, Singer-songwriter raised as an Egyptian-Sudanese Australian who sees a world in need of healing and she believes music will be the antidote.
Slim Incognito
Some say Slim Incognito is the best band they’ve never seen. Some say it’s not a band at all, but several frogs standing on each other’s shoulders inside a trench coat. Either way, they’ve never been seen before and will never be seen again – a one-night-band exclusive to the 2021 Kickstart Festival. Their secret identities may include Yanni Goldberg and Darren Grant Halstead. Or not. You’ll have to find out for yourself.

Anesu Africa
Known for their catchy r&b melodies &  lyrical raps Anesu Africa is an upcoming performer, producer & DJ,  studying at SAE institute. Since their debut performance at DECOLONISE Pride last year in 2020, an event they hosted & ran along with Boorloo Justice. They’ve gone onto perform at many events including Bad Habits 1 & 2, Cherry Bomb & Snatch. Born in Zimbabwe & raised in Perth, Anesu Africa draws influences from both those worlds.

Danisa Snake (MC)
Danisa Snake is an upcoming Boorloo/Perth drag artist who began performing regularly when restrictions eased in August 2020. A multi-disciplinary drag artist, Danisa has trained in vogue, urban choreography, saxophone and musical theatre which she mixes with her cultural identity to create captivating and thought-provoking queer art.

The Personal Disclosure of our Path: A BIPOC lens