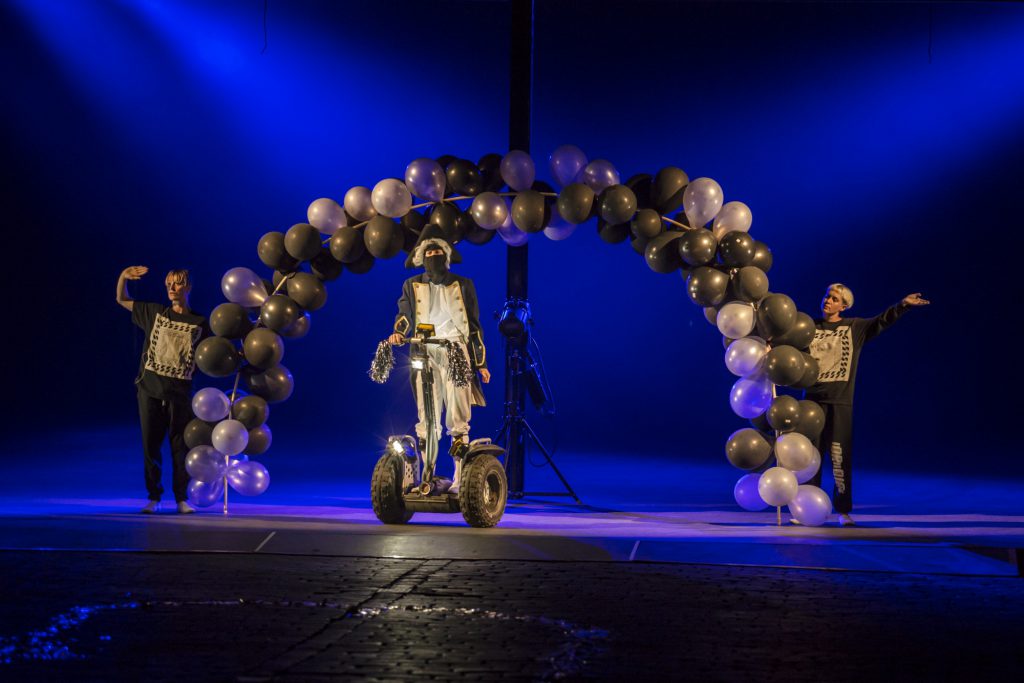 
Art controversy on parade
Howl is a performance at the intersection of parade, protest and procession, starring a sculpture of Captain Cook, thousands of sunflower seeds and a killer whale named Tilikum. A requiem that is unquestionably queer, arguably dangerous and probably obscene. Performed by three women. Scored by Mozart himself.
Created by Willoh S. Weiland, Lara Thoms and Lz Dunn, Howl commemorates controversy – from the furore aroused over a feminist self-portrait and the outrage at a rainbow being burnt repeatedly in a public square, to the indignation of artists arrested on suspicion of bio-terrorism. Howl energetically probes the reactions art can invoke, and the perspective that history permits.
THIS SEASON IS NOW SOLD OUT – THANK YOU FOR YOUR INTEREST!