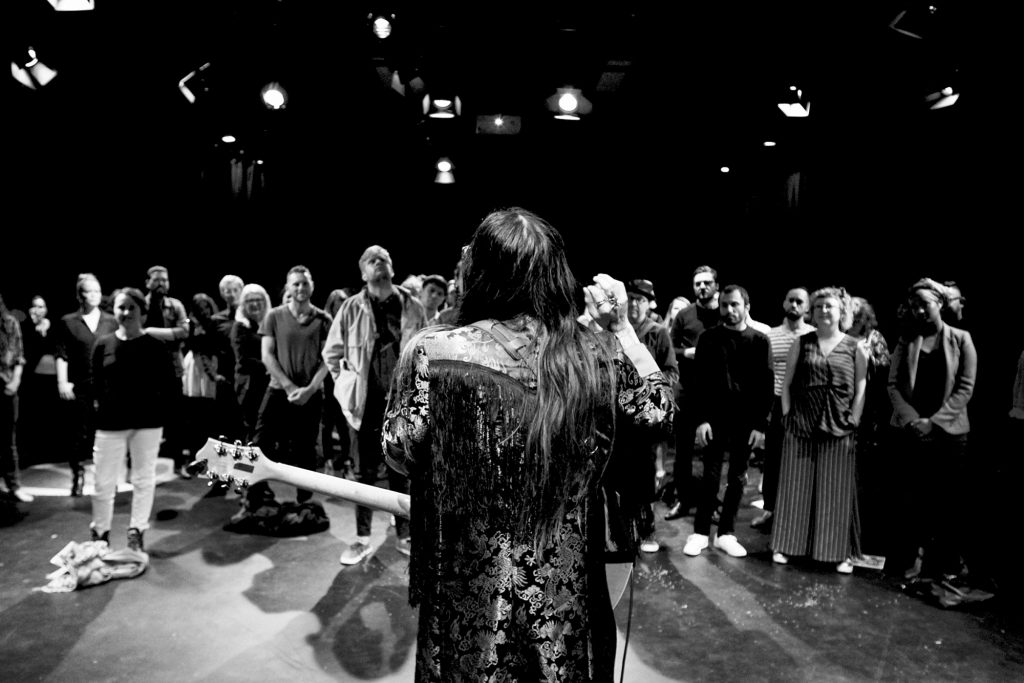 presented by PICA and pvi collective | 25 May 2018, 7.30pm
Pucker up! Perth’s hottest performance club returns.
The ever popular KISS club is back, co-curated by PICA and pvi collective.
Originally created by Sydney based artist Karen Therese and gifted to pvi collective, KISS club is a performance event for ideas in development, featuring emerging and established artists across live performance practice.
Selected artists will present 10 minutes of a work in progress to a live audience, providing a chance to trial new ideas and receive feedback in a supportive, critical environment. A Q&A with a special guest speaker will also feature, providing insight into a topic beyond the arts.
This fast and furious performance night gives audiences a fresh view of what is bubbling in the hearts and minds of Perth’s performance makers and the opportunity to help shape and support new work.
T-REX THEATRE
Presented by Michelle Aitken, Joe Lui, Jess Nyanda Moyle and Holly Pooley
Part provocation and part invitation to creatively respond to feelings of irrelevance as creatives in a seemingly dire world
THE MIGHTY
Presented by Bridget Le May and Mararo Wangai
A counterculture exploration of feminism, race and humanity.
FEMINAH
Presented by Charlotte Otton with accompaniment by George Ashforth
An exploration of vulgar women through song and storytelling, Feminah is an ode to women who embrace the beast within and refuse to be censored.
JERRY
Presented by Rhiannon Petersen
A silly, political, clown-esque Drag piece – Something between Priscilla and Fury Road, examining hierarchy and decay.
FLESH AND BONES
Presented by Sally Richardson and Daisy Sanders
An exploration and re-framing of Australian colonial ‘heroic’ archetypes such as explorers, bushrangers and squatters as embodied by female performance makers through a  post-colonial lens.
Back to shows