In collaboration with the Art Gallery of Western Australia (AGWA), PICA Guest curator Glenn Iseger-Pilkington will host an event, convening First Nations people living and working on Whadjuk Nyoongar Boodja and invite them to reflect on recent political, cultural and social upheaval and respond to the proposition: ‘what does life look like for First Nations People in 2031?’.
Unprecedented Times unites First Nations Peoples’ practices of story-sharing, cultural diplomacy and negotiation with elements of the Long Table format, a performative model which invites participation from all present in the room and seeks to disrupt institutional, and in this case, colonial barriers around knowledge, authority, autonomy and agency.
Invited guests Carol Innes, Carly Lane, Michelle White, Taryne Laffar, Devina McPherson, Glenn Iseger-Pilkington, Elisha Jacobs-Smith, Cassie Lynch and Yabini Kickett (Esther McDowell) will reflect on the experiences of their ancestors, their own lived experiences and grapple with the possibilities of their futures – while those in the room are welcome to reflect on the propositions and contribute to the discussion, by taking a seat in the circle and sharing space and time together.
Please come promptly as Cassie Lynch will share some reflections upon our recent experiences at the start of the event.
For more information about the Long Table, please refer to: www.split-britches.com/long-table.
Please note that the model is being used as a guide, adapted to reflect this particular discussion, at this particular moment in time.
Audiences from all backgrounds are welcome to join the Long Table.
RSVP will be required due to the space capacity. 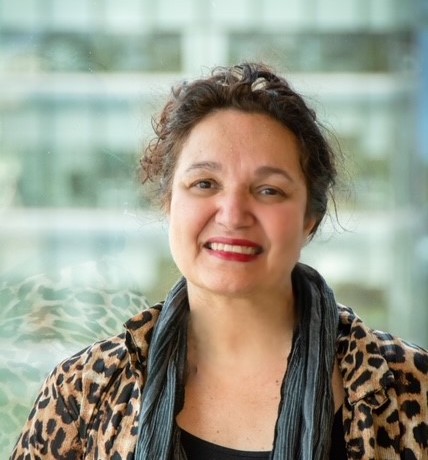 Carol Innes | Board Member at Art Gallery of Western Australia (WA)
Carol Innes is a cultural advocate working in government: a mentor, consultant, Board Director and project manager. Carol is currently Co-Chair of Reconciliation WA and a Board member Art Gallery of WA. Carol has worked in not-for-profit organisations, arts and cultural organisations, State and Federal governments agencies and Aboriginal controlled community organisations. Carol is a certified trainer and assessor, facilitator and advocate of community cultural development. 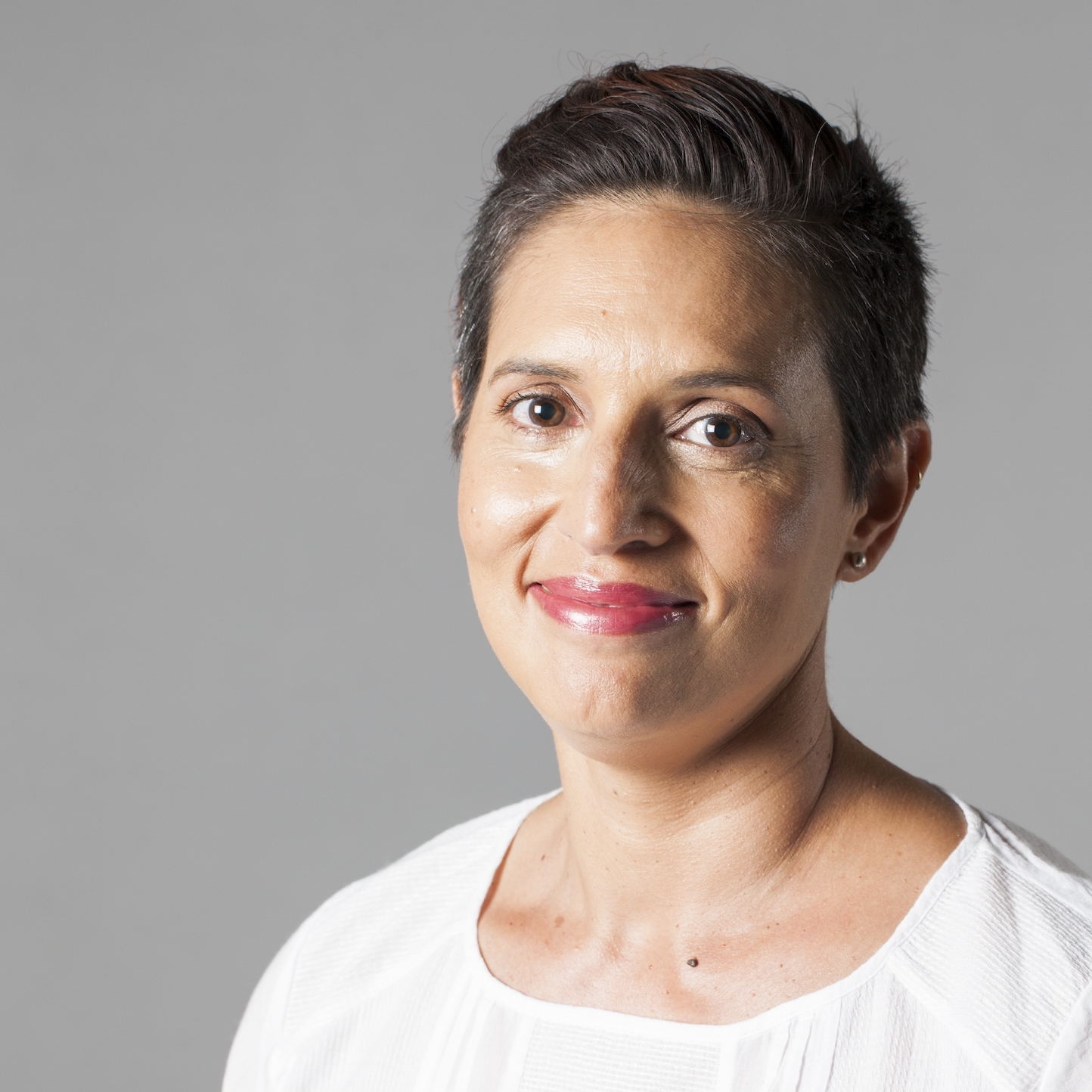 Carly Lane | Curator
Carly Lane is the Curator of Indigenous Art at the Art Gallery of Western Australia. She is a Murri woman from Queensland, Australia, and has worked as a curator for twenty-five years, including at the National Gallery of Australia, National Museum of Australia and the Berndt Museum of Anthropology. Carly uses her role as curator to care for culture, to ensure Aboriginal and Torres Strait Islander voices are part of the national conversation, and to enable self-determination, equality and social change. Three Art Gallery of WA shows dear to her curatorial-heart are Balancing Act (2021), Everyone has a history: Plain Speak (2017) and Desert River Sea: Portraits of the Kimberley (2019), which she co-curated with Emilia Galatis and several more curators from the Kimberley region. In 2012, she also guest curated the Second National Indigenous Art Triennial (National Gallery of Australia, 2012). Carly finds inspiration in political art and any art (really) where the artist speaks their political, social and cultural truth. 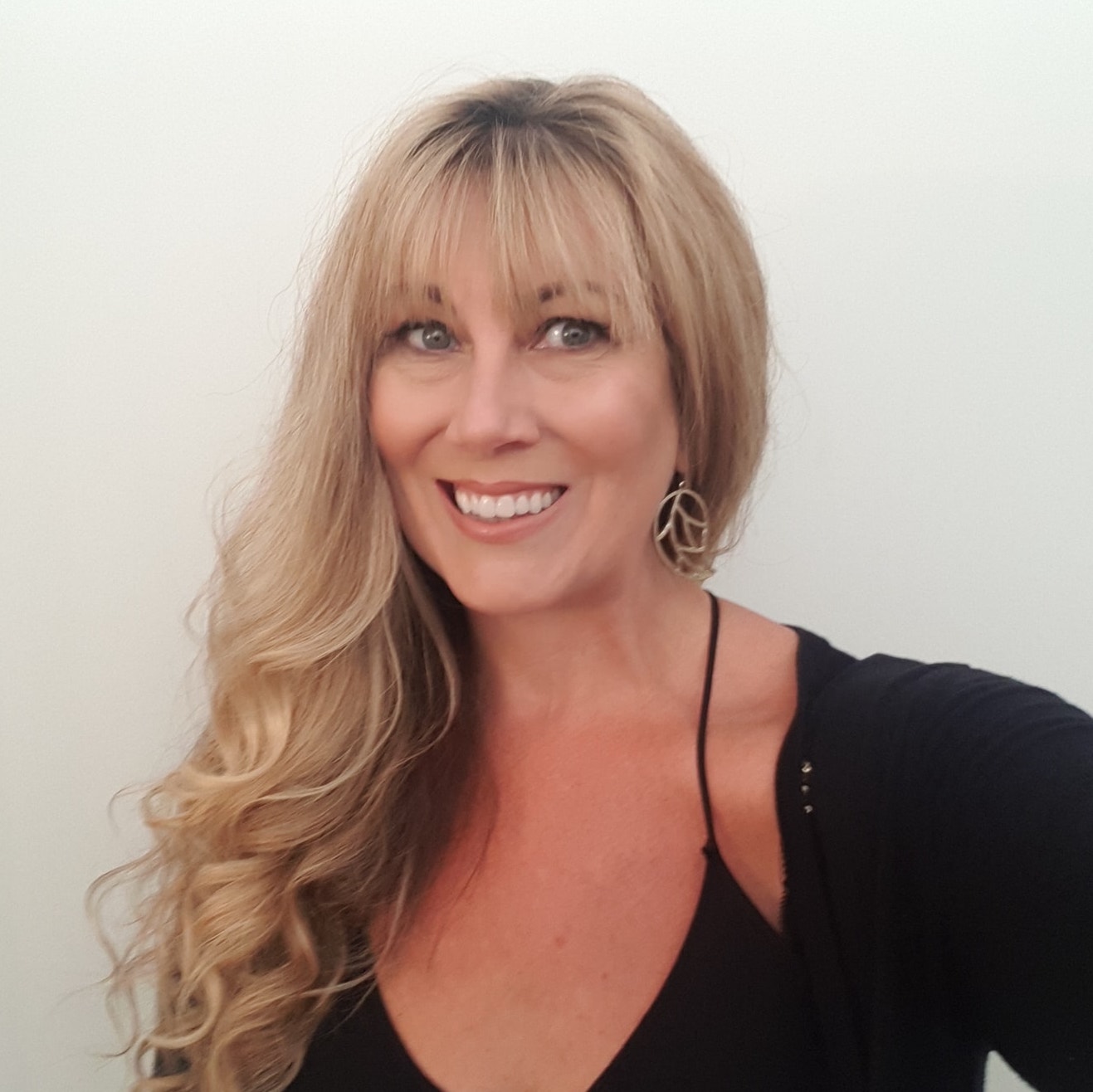 Michelle White | Partnerships and Media Manager, Community Arts Network (CAN).
Michelle is an award-winning former ABC journalist with more than thirty years’ experience in television, film, radio, print and digital media.  A proud Yamatij storyteller, she is passionate about sharing the stories of First Nation people and they have formed the basis of many of her creative projects, including short stories, publications and plays.
Michelle’s role at CAN is to look for opportunities to platform CAN’s work and partner with like-minded organisations so we can continue to deliver transformative arts and cultural development programs with communities.
When not working for CAN, Michelle volunteers on the board of 100.9fm Noongar Radio, Seesaw Magazine, As One Nyitting and is a member of the Kalamunda Arts and Culture Advisory Committee.
In 2019 Michelle was featured in the SBS series Every Family Has a Secret which explored her Mother’s stolen generation experiences of removal as a child. She also discovered her Grandfather was sent from England to Australia as a child migrant. 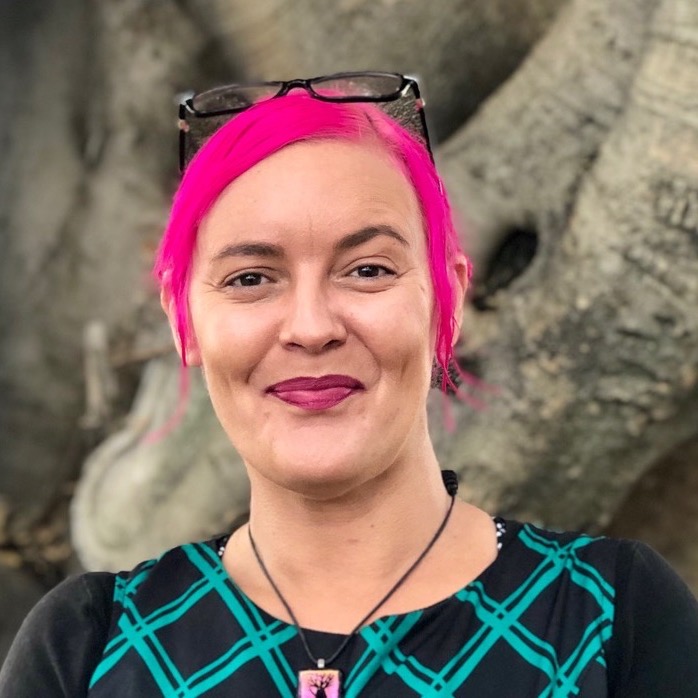 Taryne Laffar | Artist
Taryne (Pinky) LAFFAR is a producer and writer who descends from the Bardi and Jabbir Jabbir nations, north of Broome in Western Australia. Her filmmaking credits include WHO PAINTIN’ DIS WANDJINA?, BINGO!, RAINFOREST WARRIORZ, ON COUNTRY KITCHEN, numerous Our Stories for NITV, KGB (available on ABC iView) and OUR LAW (available on NETFLIX). A 2019 Ones To Watch, she was subsequently announced Screen Forever’s SBS First Glance prize winner, Taryne was also selected for the Indigenous Producer Program through Screen Australia, and also completed their Developing The Developer program. In 2020, Taryne’s latest co-production, feature anthology Red was announced, as was her TV dramedy series development for TATA DETECTIVE.
In 2021, PiNK PEPPER is in development for comedy series OLD MATE, documentary series OUR LAW, and Augmented Reality and companion documentary WALKING WITH FANNY BALBUK. 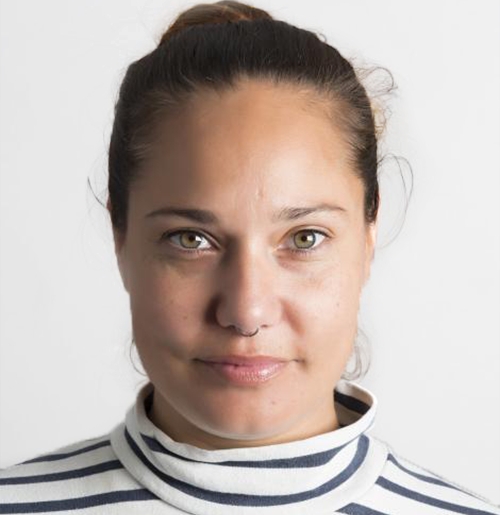 Devina McPherson | Artist
Devina is a proud Widi Yamatji and Wardandi Noongar woman, who currently works on Wadjuk Noongar Boodja as the Indigenous Manager at Screenwest.  Devina is responsible for Screenwest development and production programs involving Western Australian Indigenous practitioners and content.  Her previous experience includes being the Producer and Production Manager at the Film and Television Institute, where Devina brought Indigenous Western Australian Elders and community stories to the screen through the archival and factual program Indigenous Community Stories.  Devina has also previously worked with numerous broadcasters, including on ABC Deadly Yarns series, and various features, festivals and short films. Prior to that Devina worked freelance as a photographer, event manager, camera operator and editor.

Glenn Iseger-Pilkington | Host
Glenn is the guest curator of the exhibition The Gathering.  He is from the Nhanda and Nyoongar peoples of mid-west and south-west of Western Australia and is also a member of a Dutch and Scottish migrant family. Glenn trained as an artist and currently runs an arts consultancy where he works closely with First Nations artists and arts workers on projects and exhibitions.  Prior to this Iseger-Pilkington was the inaugural Curator of Aboriginal and Torres Strait Islander Material Culture and Art at the South Australian Museum, where he curated ‘NGURRA: Home in the Ngaanyatjarra Lands’, a significant exhibition of art and culture from the Western Desert and also held the roles of Curator of Content Development, New Museum Project, Western Australian Museum (2014-2016) and Associate Curator of Indigenous Objects and Photographs at the Art Gallery of Western Australia (2007-2014). 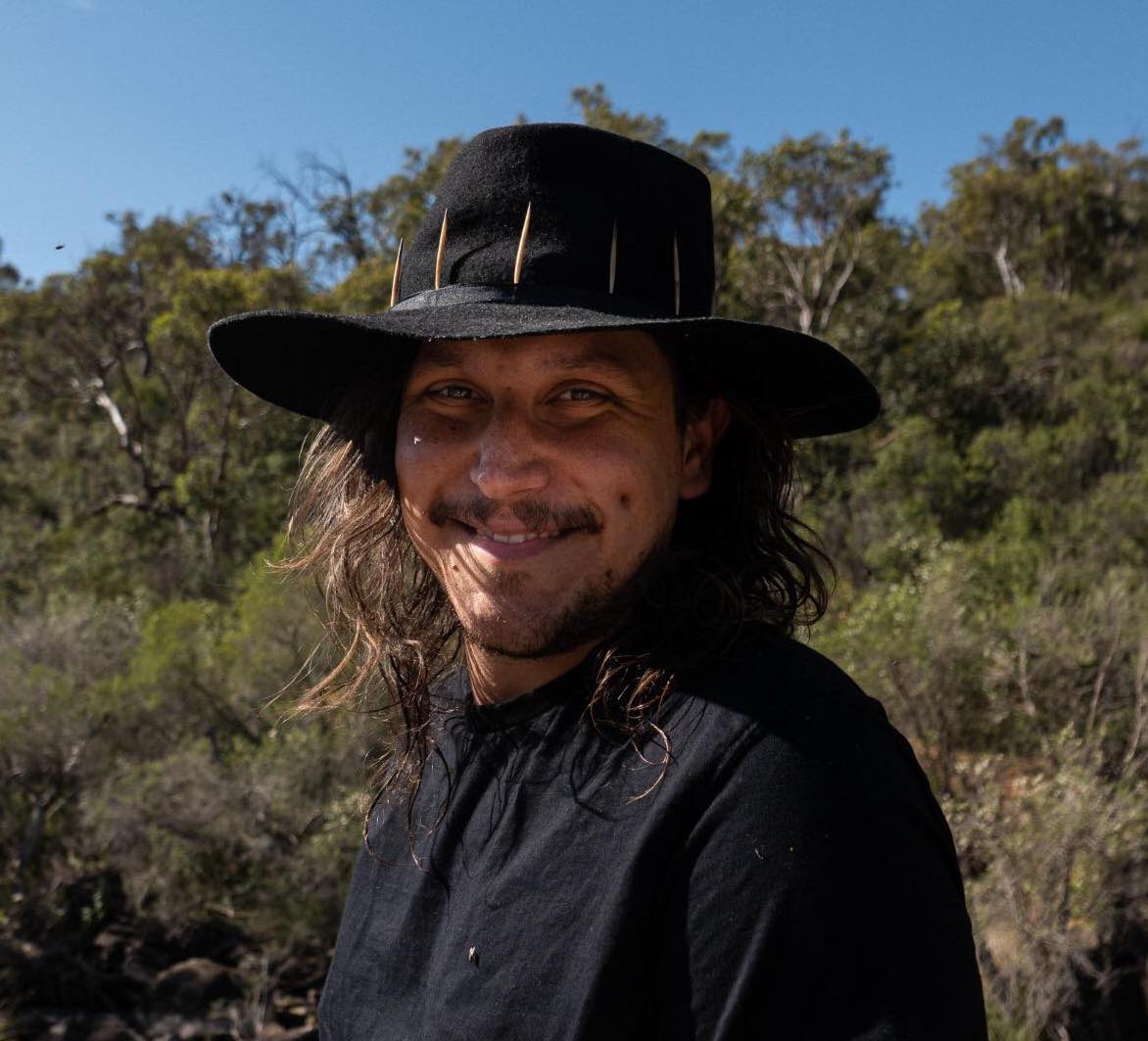 Elisha Jacobs-Smith | Ranger/Community Member
Elisha Jacobs-Smith is a Whadjuk, Ballardong, Wilman, Menang, Goreng and Wudjari Noongar man who is represented within the Whadjuk, Ballardong, Gnaala Karla Boodja and Wagyl Kaip Native Title agreement areas.
Elisha was an award-winning celebrity hairstylist and now turned Noongar conservation land manager. He has always had a strong connection to the land and waters on Noongar Boodja and has spent the last three years working across many areas of the Department of Biodiversity and Attractions (DBCA) learning the ins and outs of western land management and is able to combine this western knowledge with Noongar knowledge. During this time, he was awarded the DBCA Trainee of the Year for 2020.
He is also a qualified fauna handler, and this helps him to care for all things big or small. Elisha is currently working for an Aboriginal owned and operated an environmental business called Indigenous Economic Solutions (IES). He also sits on several Aboriginal and conservation boards, committees and advisory groups to enable him to use his passion and knowledge of Noongar Boodja to influence a more positive future for land, waters, animals and people.

Cassie Lynch | Writer and Researcher
Cassie Lynch is a writer and researcher living in Boorloo/Perth, Australia. She has recently completed a creative writing PhD investigating Aboriginal stories that reference the last ice age and the sea level rise that followed it. She is a descendant of the Noongar people and a student of the Noongar language. She is the co-founder of Woylie Fest, an all-Aboriginal culture-sharing and literature festival, and she facilitates bringing Noongar stories into print. She worked for ten years as a retail book buyer across two independent bookstores and is a frequent interviewer and host of creative events. She was the featured creative writer in Perth Festival’s 2019 river art project ‘Five Short Blasts Fremantle’, and her writing has also been featured in exhibitions at Fremantle Arts Centre, City of Perth’s Winter Fest, Cool Change Contemporary, and Midland Junction Arts Centre. Her Noongar language haikus, published in Westerly 64.1, won the 2019 Patricia Hackett Prize. Her story ‘Split’, a creative impression of deep time Perth, is in the ‘Stories of Perth’ anthology, available in local bookstores. 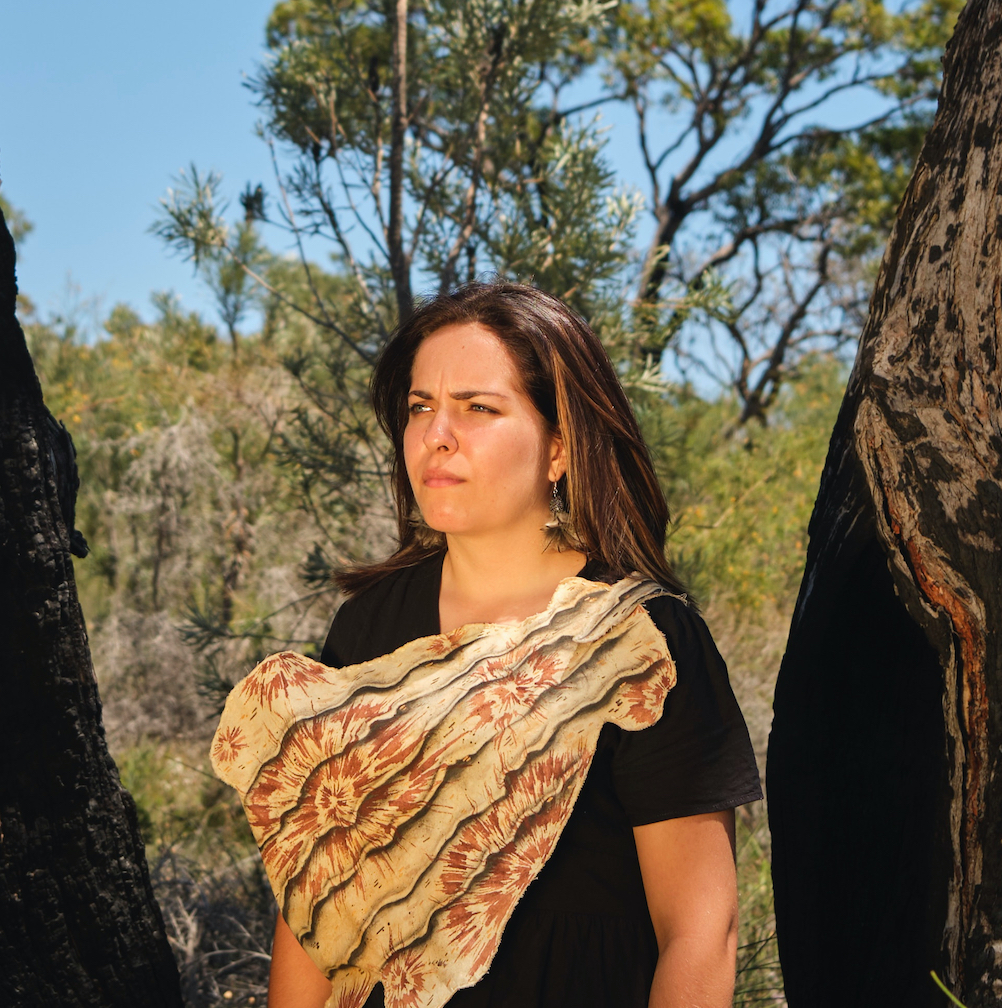 Esther McDowell/Yabini Kickett | Artist
Yabini Kickett (Esther McDowell) is a descendant of the Kickett and Hayden families of the Bibulmun Nation. Having grown up with an artist and poet mother, as well as a photographer and land conservationist father, her practice as a multimedia artist is heavily influenced by language, endemic plant species to Bibulmun Boodja, family connection and found objects. In recent years Yabini has begun to explore textiles in homage to her maternal Kabarli (Grandmother) Enid, and the use of bush medicines as well as animal remains in recognition to her maternal Dembart (Grandfather) Clarence. These textile works are heavily rooted in place, solastalgia and reconnecting with ancestors. Photography has always played a part in Yabini’s practice, but never really a final product until recently.